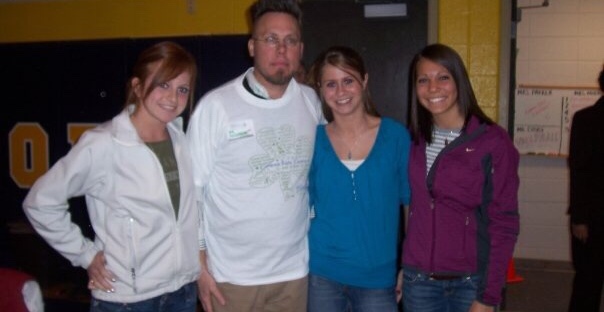 “It’s going to be close!” he exclaimed. I watched Coach Jeff Kalember running around the Michigan International Speedway track, talking to parents, pacing, and looking at his time sheet. And as score sheets were posted, it was confirmed, the Gaylord High School Division 2 girl’s cross country team were in fact, the State Champions. Tears fell down my face, we screamed, hugged and leapt for joy, then we all climbed on top of Coach’s Minivan and sang “We are the Champions!” And while this was a pivotal moment in my life, an experience I rate even above my own wedding, this was not the reason that Coach Kalember is so special to me. You see, everyone has had coaches that have impacted their lives. But Coach K did not just impact my life, he literally changed the direction of it. As we celebrate the kickoff of the 2019 Cross Country Season, one person is missing. It was finally time for life direction change of his own; Coach Kalember retired. I feel so compelled to share just how special he was to me and many others. 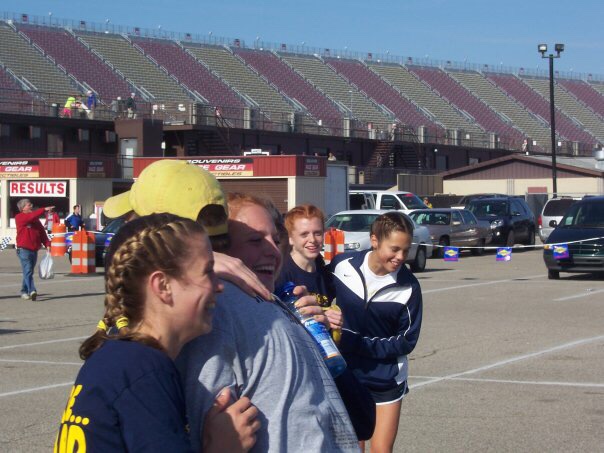 Coach encouraged his team to be humble and hard workers, values instilled by my own parents but put to the test by him. For a small Northern Michigan town, placing three girls all-state (top 25) was unheard of. Having one of them race to the number one State Champion spot was unheard of. Having the team beat out all other down-state, private D2 schools in Michigan was unheard of. Working our butts off in the supporting atmosphere Coach provided let winning be a reality. That year, Coach won the “Coach of the Year” award. The Michigan High School Athletic Association probably decided that based on our underdog turned champions role, but they did not know that he actually deserved that award for many other reasons.

Before the State Finals meet, there was a lot more going on. Cross country had become an outlet for me. It was the one thing I felt happy with when I did not feel “good enough” for anything or anyone else. I could only feel this way because Coach created this atmosphere. An atmosphere I can only describe as a fun, no-pressure place to be even while instilling work ethic and a sense of pride in ourselves. That is no easy line to tow, especially with 20-something moody teenagers, all from different walks of life. It takes a truly special person to create this atmosphere of loyalty to each other, acceptance of each other, and positive support for each other. One day I was called down to the guidance counselor’s office. I was a good kid with great grades, so I had no idea what was happening. A teammate had noticed some cuts on my side in the locker room, and after consulting my other teammates and Coach Kalember, she decided to report it. My mom was on my way to pick me up, and I was going to have to be honest with her. I started getting the professional help I needed with a psychiatrist. When I say my friends helped me out of the darkest times in my life, this was the moment where is came full circle. Not only did they lend a listening ear during runs, but they knew who to go to for me to get the help I needed. Without Coach teaching us to support each other, I do not know if they would have had the courage to reach out. These skills, taught by and exemplified by our Coach, not only helped me to overcome this depression, but taught me to have dedication and be a leader.

Coach brought out a passion in me. I realized that I loved helping other people, and realized the power fitness can have in someone’s life. Coach always told us, win or lose, he didn’t care; he just wanted us to run for the rest of our lives. This mantra became the basis for me choosing my career. Now as personal trainer, I am able to encourage these same feelings of loyalty, acceptance and love in my clients. My goal is create a fun environment like he did, so that fitness becomes a lifelong love like running has been for me. Not many people can say that their coach inspired their career, but that is just how good of a job he did. Coach Kalember inspired on the course and in our personal lives.

After high school, I had the opportunity to work with college level coaches, both Division 1 and Division 2. Living the life of a college athlete is a dream. Your college tuition is paid for, your housing is paid for, your groceries, your clothes, your shoes, hotel stays, you name it. All we had to do was put in the hard work and time spent running (I mean a lot of time, at least 8 miles a day). It should have been easy, but in fact it was much harder than it seems. After taking Coaching Classes as part of my degree, I realized why. Even as a collegiate level coach with years of experience, you can still really suck at your job. Only because I had Coach Kalember as a good example did I realize this. In fact, my college coaches made me hate the sport I grew to love. I quit the team because I realized I was going into another depression. When I quit the team, I also quit running for months. You see, as a coach you have a really special role in an athlete’s life. Some people use that to their own advantage, cranking out win after win at the athlete’s mental demise. Others, like Coach Kalember, remember they have a bigger purpose. It would be easy, especially after being state champions, to get a big ego and revert to a win-only mentality. Luckily for us, that never happened with Coach K. He always remained humble and true to his roots, that his mission was to shape us as young adults who will still be running as old adults. My negative experience with these college “coaches” made me appreciate Coach Kalember even more as the best coach I have ever had.

Having Coach K as a teacher gave me a different side of his personality. Teaching chemistry is not the most glamorous job in a high school, but Coach took his talents of inspiring kids into the classroom, too. Every Christmas season, we went around to the other classrooms spreading joy and singing “chemistry” carols. He stood outside of his classroom every break, asking kids to join the track team and letting them know they belonged somewhere. When he found out about my depression, he sat me next to the most positive, happiest person in class. Then the next month, when we switched seats, he sat me next to him again. Eventually, I dumped my lame ass boyfriend for this positive person that Coach K made a point to put in my life. This again set my life on a different route. Chemistry is not a fun subject to learn about, but somehow Coach taught us about atoms and we were actually retaining the information. The positive and educational classroom atmosphere he creates will leave an impact on many curious minds. 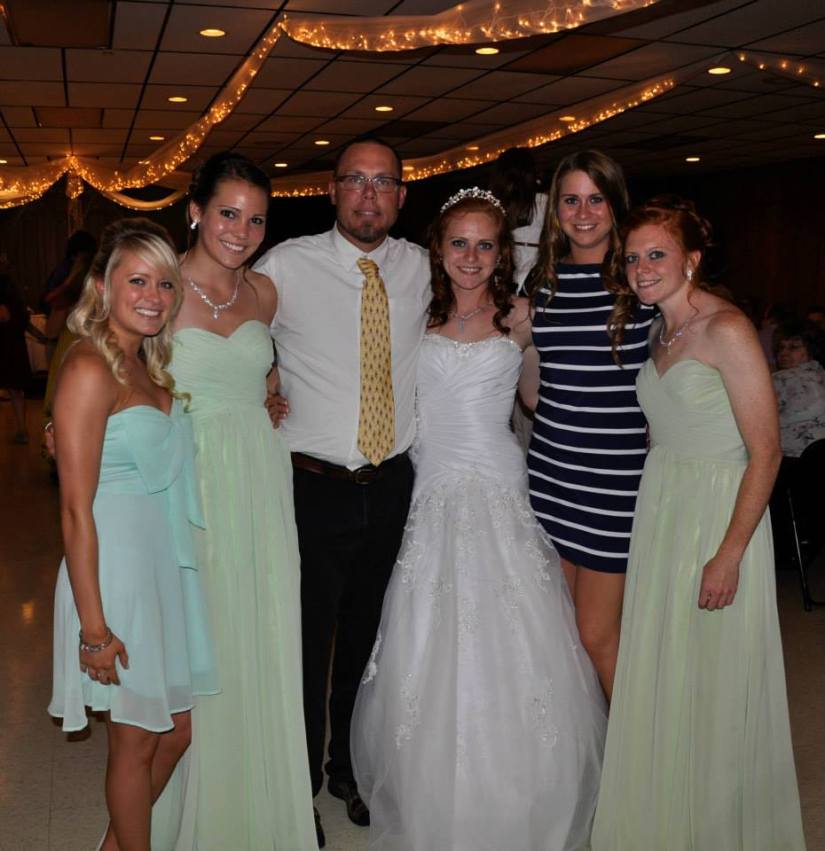 I hope you are lucky enough, as I was, to meet someone who can literally change the direction of your life in a positive way. What a legacy Coach Kalember has left behind, and HUGE (running) shoes to fill. I shared with you a small part of my life story, how Jeff Kalember impacted my life…a cross country Coach who helped me to thrive in my teenage years. Can you imagine how many other athletes’ lives he has altered? I am only one of many.  Thirty years as a cross country and track coach has given him a platform in front of thousands of athletes and students alike. A platform he has cherished, and one that I am thankful for beyond what words can describe. So thankful that, 10 years after high school, I feel compelled to honor him on my blog. Congrats on your Retirement from cross country, Coach K!

4 thoughts on “A Tribute to Coach Jeff Kalember”