I was 5 months post-partum and we were home visiting family on Christmas Vacation. After a fun, drunken night reminiscing with friends, my husband admitted to me that when we first met “my body was on point.” I thought back to that time just 3 years prior… a time when I ran collegiate cross country, I could fit into size 1 Hollister booty shorts, and my abs were something out of a fitness magazine. Man, I wanted that body back. How easy was it to maintain that college body even while drinking until 4 a.m. and binging on pizza. My body had changed so much since then. 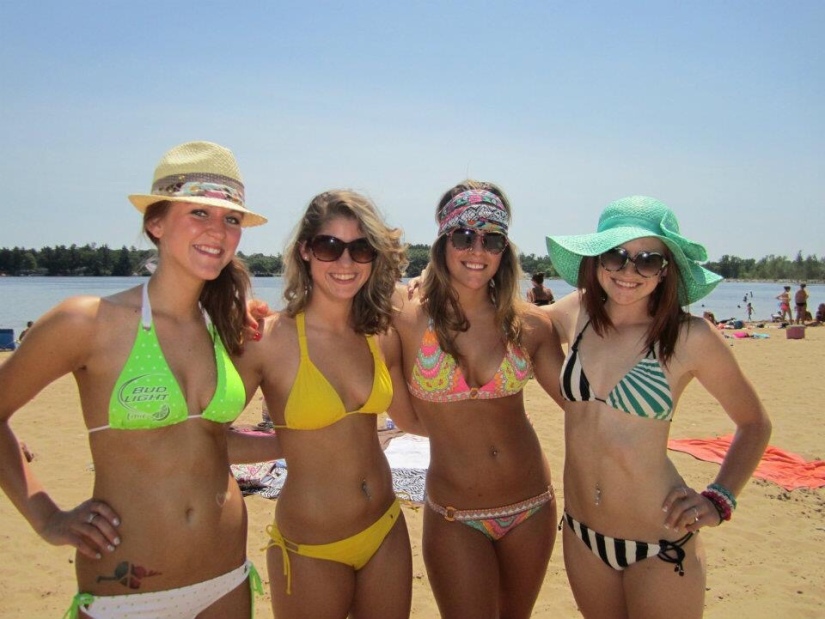 My husband could tell I was thinking and he started to feel bad… “But your body now is still amazing! I still LOVE your body type, it’s just a little different now. You will get your body back, I know you will!” I could tell he really meant it too, he really did think I was still “sexy.” But when he said those words, I realized something…I would NEVER get my Pre-Baby Body Back.

Throughout my pregnancy, I ate healthy and exercised. Somehow, I still managed to gain 50 pounds! I didn’t understand how even though I was “doing everything right,” I was beginning to see my arms flap and my cheeks fill out like a squirrel collecting his winter feasts. It was at this point in my last trimester that I really began to worry about my appearance and losing baby weight. 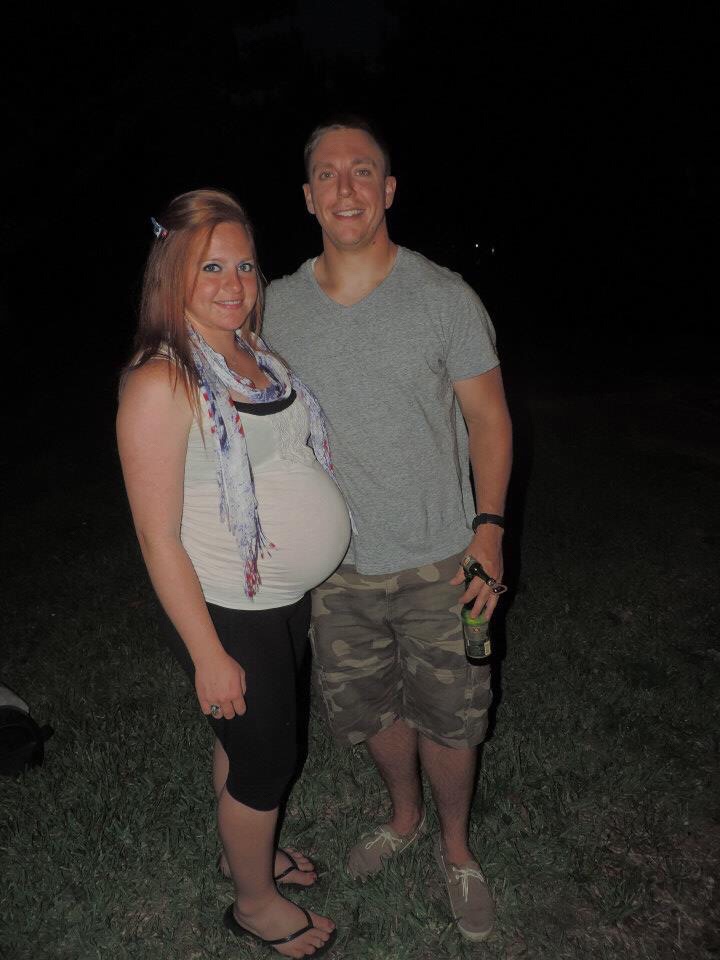 Then this crazy thing called giving birth happened… I planned on NOT using epidural, but caved when my contractions hit me hard in the early night. After the epidural, birth was a pretty easy process for me. Countless internet sites assured me that I would leave the hospital looking 6 months pregnant. Well, try 8 or 9. I was still bloated beyond belief. I recall grocery shopping a week after giving birth. My mom watched the baby while my husband assured me that getting out of the house to move around was a good thing. I could barely walk and was in so much pain afterwards (stitches SUCK). Anyway, while checking out, the clerk asked when I was due and I had to awkwardly explain to her that I just gave birth. I smiled and joked with her, but inside I dying.

After the bloating wore off, I lost 30 pounds like that! Some days I lost 2 pounds, others I lost 5! It was such a great feeling! Because I was active (and a personal trainer, at that), everyone told me that the pounds would just disappear for me. How lucky was I?! They were right…at first. Unfortunately, this weight loss trend only lasted 2 weeks. 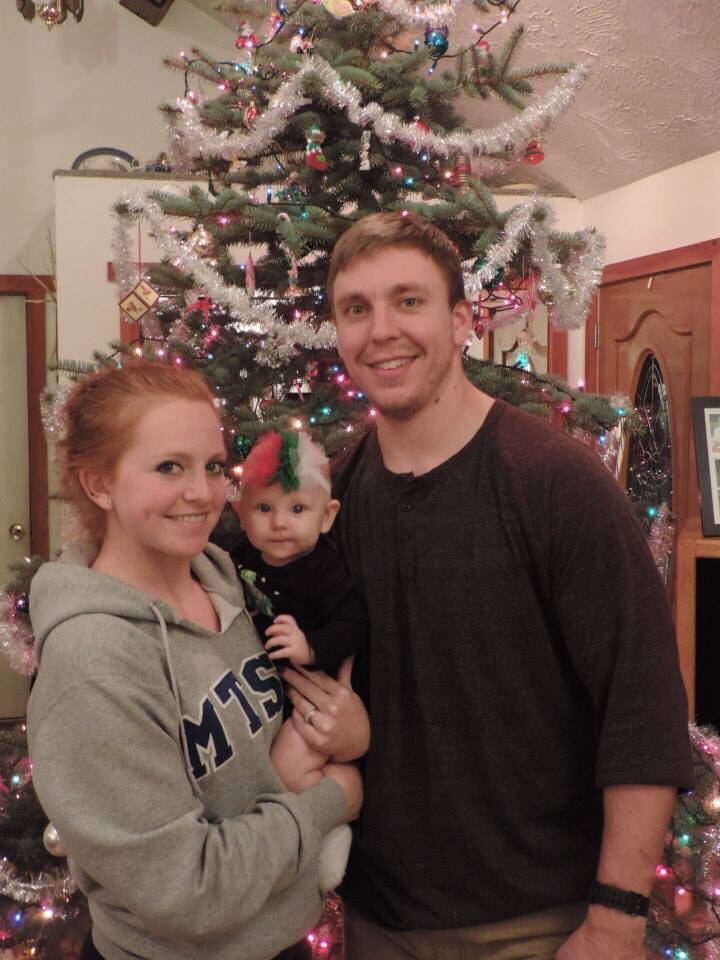 So here I was. My sweet baby Cambri was 5 months old and I still had 10 pounds to lose. I was so close, yet so far away (especially with all those holiday sweets and buffets around). I was eating healthy, running, and even getting back into lifting weights. But whatever I did, I would never be a size 1 again.

Do you ever get down on yourself, strip yourself naked and just stare at your body in the mirror, picking apart each flaw as if it defines you? It’s a very unhealthy habit to get into, but I did it anyway. Flappy arms stared back at me…they were big, but not muscular big. Just “Hey I’m here” big. My boobs used to be so small, pregnancy filled them out, as did nursing. But now my supply was dwindling and my once perky boobs started to fall, with stretch marks drawing arrows to my now always-hard nipples, waiting to be suckled. My previously perfect six pack abs were holding onto that last 10 pounds of baby weight right at my waist line. The never-disappearing love handles showcased a random stretch mark, easily my most visible one. Thunder thighs showed the most proof of baby. Not only were there many stretch marks here, but they seemed to carry more weight than normal.

But in all this depressing madness, I saw the reason why my body would never be the same.

Those breasts had nurtured a little human… In 5 short months, she had almost doubled her birth weight. The milk I was able to provide her with grew her brains, helped to develop her eye sight, and gave her comfort in the middle of the night.

That little “pooch” of a belly I now showed off in every even slightly tight shirt…well that stomach had stretched beyond belief. A size 1 frame with an 8 pound and 1 ounce baby inside! How is that possible?! My body did that. It held that big baby safe and sound inside, protected it from outside interference, was a filter from which she heard or saw my world.

The love handles that I actually hated, well they were storing fat that helped to supplement my constantly hungry baby. She needed that fat to build her brains. One day, she will be a genius because my love handles provided ALL THAT fat for her. She needed it in utero too, when she was also building organs, muscles, and developing her attention-loving personality.

And oh, those thighs… If only you were in the delivery room with those legs propped up and numb, yet they somehow were actually helping to push that baby into this beautiful world. They propelled me on my runs throughout my whole pregnancy, they helped me to carry my little chunk up the 3 flights of stairs in our condo, and they are helping me to continue running and working out so I can get back to my pre-baby weight.

Yes, my goal still is to return to my pre-baby weight, but I realize that it will NOT look the same as it did before. And I wouldn’t have it any other way. I am a woman now, a mother. I know my body is capable of growing the most beautiful thing, and someday it will be stronger than ever.

*Side note: I originally wrote this post when Cambri, my first child was 5 months old, but I didn’t have the balls to post it. Little did I know, later that month, I would find out I was pregnant with baby number two, Porter. Now that he is 2+ years old, I can officially say I am stronger than I have ever been. Having the body of a mother, while it’s very altered from its original state, is uniquely powerful and miraculous.

Follow me on Instagram @amberlaunstein to see how I fit in “me” time as a mom of two crazy toddlers.